IPV was introduced at record speed 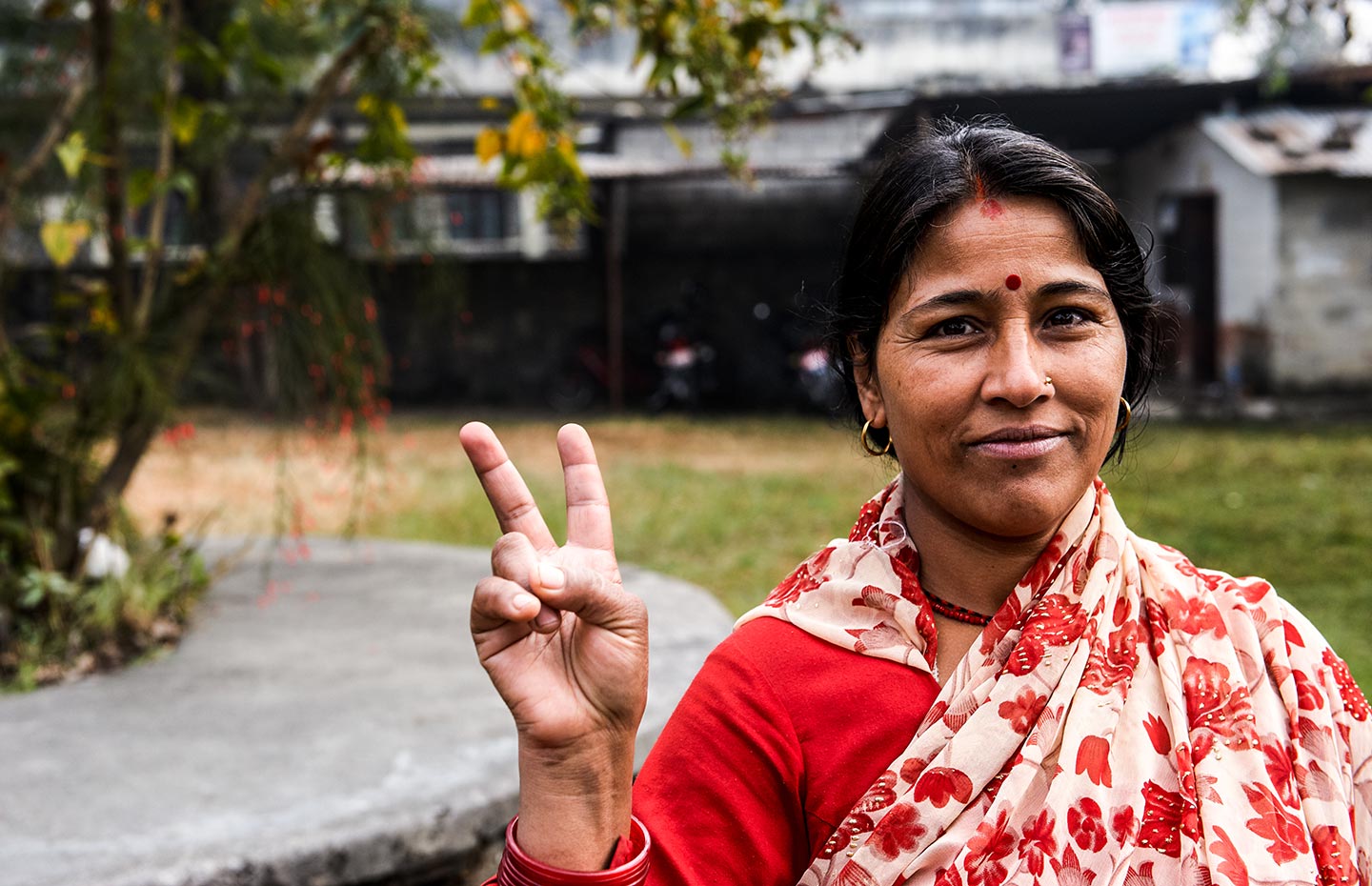 IPV was introduced at record speed

The Vaccine Alliance worked with the Global Polio Eradication Initiative (GPEI) to support one of the fastest roll-outs in the history of vaccination: the introduction of at least one dose of inactivated polio vaccine (IPV) into the routine immunisation schedules of all Gavi-supported countries. As of April 2019, all countries which had not yet introduced IPV into their routine immunisation programme have now done so.

Nepal became the first country to introduce the vaccine with Gavi support in September 2014 – just 10 months after the programme was initiated. With Mongolia and Zimbabwe’s introduction of IPV on 1 April 2019, all Gavi supported countries had successfully completed their introductions, collectively immunising more than 112 million children.

IPV coverage in Gavi-supported countries increased more than fivefold from just 13% in 2015 to 66% in 2018. With 16 countries having introduced since 2018, coverage is expected to increase and reach levels closer to DTP3 (ie, third dose of diphtheria, tetanus and pertussis vaccines, which is given at the same time as IPV).

When the Global Polio Eradication Initiative (GPEI) was launched in 1988, polio was endemic in 125 countries and paralysed about 1,000 children per day. Thanks to global efforts and vaccination, polio cases have fallen by 99% since then, from an estimated 350,000 cases per year to 33 reported cases in 2018. In 2019, that number has tripled – with more than 100 reported cases and counting – underlining the challenges ahead to eradicate polio in the two remaining endemic countries.

Today, more than 18 million people are walking who would otherwise have been paralysed by the poliovirus. Only parts of three countries – Afghanistan, Nigeria and Pakistan – remain polio-endemic – and Nigeria has not reported a case of wild poliovirus (WPV) for more than three years. In 2018, Gavi was invited to join the GPEI as a full member and since then is participating in its governing bodies.

To eliminate the primary risk of emergence of all types of vaccine-derived polio cases, the Polio Eradication and Endgame Strategic Plan (PEESP) called for the phased removal of current Sabin-strain oral polio vaccine (OPV) – a critical and necessary step towards polio eradication. It’s important to clarify that the risk is not associated with the vaccine itself but rather low vaccination coverage. If a population is fully immunised, they will be protected against both vaccine-derived and wild polioviruses.

The process started in April 2016 with the “global switch” – the replacement of trivalent OPV (containing type 2 virus) with bivalent OPV (comprising poliovirus types 1 and 3 only). To minimise the risks associated with the switch, WHO recommended that all countries introduce at least one dose of IPV into their routine immunisation schedule before the transition. IPV provides protection against all three poliovirus types.

The World Health Organization (WHO) Strategic Advisory Group of Experts (SAGE) on Immunization also recommends that countries consider vaccinating children who were missed due to global supply constraints of IPV since the switch, as they are currently not protected against poliovirus type 2. Gavi supports countries that decide to implement these recommendations.

THE PRICE OF POLIO PROTECTION

For the tender period 2019–2022, the IPV price per dose has increased compared with the previous period (2014–2018). This means that Gavi funds $1.81 per dose in Gavi-supported countries, whereas middle-income countries are able to buy the vaccine through UNICEF for between $3.10 and $3.47 per dose. However, UNICEF anticipates lower prices from new manufacturers entering the market and potentially price reductions from current suppliers.

There is no cure for polio, but it can be prevented with a vaccine

Polio is a highly contagious viral infection, mainly affecting children under the age of five, which can lead to paralysis or even death. Many infected people have no symptoms, but they still excrete the virus, transmitting infection to others. In areas with poor sanitation, the virus easily spreads through contaminated water or food.

One in 200 infections leads to irreversible paralysis, usually in the legs. Among those paralysed, between 5-10% of victims die when their breathing muscles become immobilised. Polio can only be prevented with a vaccine, as there is no cure. Multiple doses are required, usually providing lifelong protection.

IMPROVEMENTS IN THE SUPPLY OF IPV VACCINE

The sheer pace and scale of inactivated polio vaccine (IPV) introductions, coupled with the technical difficulties of scaling up production capacity, have led to severe supply constraints in previous years. At the peak of the issue, SAGE advised countries to consider switching to fractional doses of IPV. This approach, adopted by Bangladesh, Cuba, India, Nepal and Sri Lanka, ensures protection while reducing the amount of vaccines used. However, 2018 was the first year in which sufficient supply of inactivated poliovirus was available, and nearly all introductions which had been delayed or interrupted as a result of supply issues were resumed in the course of the year. Although supply problems continue to cause an imbalance between supply and demand in the markets, we are seeing improvements.

In 2018, 14 countries introduced IPV into their routine immunisation system, and 12 countries resumed IPV vaccination after supply interruption in early 2016. The last two countries, Mongolia and Zimbabwe, introduced in April 2019 – meaning that all 126 countries that used only OPV in 2014 have now introduced IPV.

While Afghanistan and Pakistan carry the burden of wild poliovirus cases, in 2019 more than 200 cases of vaccine-derived poliovirus have been reported in east, central and west Africa, as well as southeast Asia. These are clear signs of weak health systems and that persistent low immunisation coverage rates can quickly reverse the gains.

GPEI has honed proven strategies for delivering polio vaccines to children everywhere, including in the world’s most challenging settings. Working with national governments – which are the primary owners and beneficiaries of the polio eradication effort – GPEI reaches more than 400 million children each year and tracks the virus in more than 70 countries to identify and respond to outbreaks quickly. The initiative’s new Polio Endgame Strategy 2019–2023 builds on these proven strategies while offering innovative solutions tailored to communities’ needs. Further, it focuses on improving health more broadly by working closely with the global health community to reach more children with routine vaccinations and basic health services. This incredible effort relies on a diverse and committed global team, ranging from frontline health workers and polio program staff to donors and political leaders in affected countries.

The moving timeline for eradicating polio, combined with global shortages of supply of IPV, has led the Gavi Board to extend the support of IPV post-2020 as part of Gavi’s vaccine investment strategy (VIS), recognising the importance of the vaccine as a global public good to achieve and sustain polio eradication.

To complement the efforts of the Global Polio Eradication Initiative (GPEI), Gavi drew on its experience supporting new vaccine introductions in order to facilitate the rapid roll-out of inactivated polio vaccine (IPV). Gavi supported the introduction of IPV with funding from GPEI in eligible countries and helps to strengthen routine immunisation programmes.

The Vaccine Alliance supported one of the fastest roll-outs in the history of vaccination: the introduction of at least one dose of IPV into the routine immunisation schedules of Gavi-supported countries, which was achieved in April 2019, less than five years after the initial launch.

Countries introducing IPV received a one-time cash grant from Gavi, funded by GPEI, to support some of the additional activity costs related to introducing the new vaccine. These activities may include health worker training, social mobilisation, micro-planning, expansion or rehabilitation of cold chain equipment, printing of materials (such as immunisation cards), technical assistance and modifications to the surveillance systems.

GPEI has extended its deadline for eradicating polio from 2018 to 2023. The Gavi Board has also decided to continue support post-2020.

In 2016, SAGE advised countries to consider vaccinating children missed as a result of supply constraints as soon as sufficient IPV becomes available. Since then Gavi, UNICEF, WHO and the Bill & Melinda Gates Foundation are working with countries to ensure implementation of the SAGE recommendation and allocate available supply, starting with the countries at highest risk of reintroduction of polio.

By the end of 2018, only 3 million out of 32 million children missed have been vaccinated with IPV. However, with the supply situation improving further, Gavi strives to reach all missed children before the end of 2020, when the window for support of catch-up is closing.

Routine immunisation is the sustainable, reliable and timely interaction between the vaccine, those who deliver it and those who receive it to ensure every person is fully immunised against vaccine-preventable diseases.

Strengthening routine immunisation is a pillar of the polio eradication strategy. High coverage provides a strong base for population immunity to prevent polio outbreaks and builds a sustainable platform for the introduction of IPV and other life-saving vaccines. In polio-endemic countries, the virus persists in marginalised populations where health and immunisation services are largely non-existent, and where oversight and management of primary health care systems are weak. However, the poliovirus cannot survive for long periods outside the human body. Without an unvaccinated person to infect, poliovirus will die out. As a result, strengthening routine immunisation is a critical factor in successfully interrupting all poliovirus transmission.

How to apply for vaccine support

Eligible countries can access detailed guidelines to manage the support they receive from Gavi.